Credits: Light bulb and heart by Alena; map pin by Steven Brewis from the Noun Project

One of the most widely praised marketing campaigns in recent history is REI’s #OptOutside, which encouraged people to spend the day after Thanksgiving enjoying nature instead of shopping. In its second go-round this year, more than 275 organizations, including Subaru and Google, joined in.

The campaign is rare in that it spawned a movement, which these days is every marketer’s dream. With a brand movement, the thinking goes, your customers become advocates, people who don’t know you become fans, your message spreads, and sales follow.

Marketing experts’ advice tends to boil down to standing for something that resonates with your target customers, and giving people ways to participate. That’s only a partial recipe for a brand movement, though.

Successful brand movements need to be built around a budding cultural idea, inspire people to take action and, most importantly, give people an identity they can adopt as their own. Being a marketing agency, we quickly named these “the three I’s.”

Idea. Brand movements aren’t about a company or a product. They’re about something culturally relevant but just below the surface—an unexpressed or unharnessed feeling shared by a large group.

The idea has to feel right coming from the company. #OptOutside tapped into a backlash against a shopping-obsessed culture and was credible coming from a company that sells outdoor gear.

Inspiration. Brand movements tap emotions. They need to take a stand and make people feel something. They also need to make it clear what actions people can take to be a part of the movement, and again, it shouldn’t require making a purchase.

#OptOutside participants didn’t need to buy a sleeping bag; they just needed to go for a Black Friday hike.

Identity. Brand movements let people self-select into a subgroup and encourage participants to recognize one another as the in-crowd. They force people to put themselves into one of two camps, by posing a question that has a pretty clear answer to your target audience. Are you part of the solution or part of the problem? Are you someone who embraces the new or someone satisfied with the status quo?

Creating mechanisms that allow group members to recognize one another and reinforce their in-ness is a key component of a brand movement. One can only imagine self-satisfied #OptOutsiders nodding to one another on a trail in unspoken acknowledgment of their shared values.

Hitting all three I’s doesn’t guarantee that a campaign will spawn a brand movement—ultimately they can be led, but not entirely controlled—but we couldn’t find any examples of brand movements that didn’t meet all three of these conditions.

One of the most successful and long-lasting brand movements is Nike’s “Just Do It” campaign. It started with the idea that anyone can be an athlete. It inspired people to exercise, and it forced people to decide whether they were a person of action. Importantly, you don’t need to go to the gym every day—or ever go for a run—to be part of the in-crowd. You just need to feel like you’re a person of action.

Not all successful marketing campaigns are brand movements, of course.

Newman’s Own’s pledge to give all proceeds to charity similarly stands for something important to a lot of people, and lets them express it when they buy salad dressing or microwave popcorn. But it doesn’t have an identity component.

Stella Artois, through a partnership with Water.org, has provided more than 250,000 people with five years of clean water. But while inspiring, the campaign requires people to buy something from the company.

Among the campaigns we studied, there was a tendency to emphasize the mechanics of sharing at the expense of a galvanizing idea. Social media provides a way for people who want to be a part of a movement to connect with one another, inspiring more passion and action. But it isn’t a replacement for any of the three I’s.

Marketers also have had a tendency to associate themselves with a cause or a nonprofit organization. While such partnerships can be great, the two parties’ ideas and missions need to align.

Lastly, coming up with an idea that reflects a company’s core values and reason for being is much easier said than done. A lot of companies, especially ones that have been around for awhile, don’t have a clear sense of purpose—at least not one that is widely known to employees and that feels credible to customers. Figuring this out is a crucial first step for any company that wants to start a movement.

This column was first published on MediaPost. 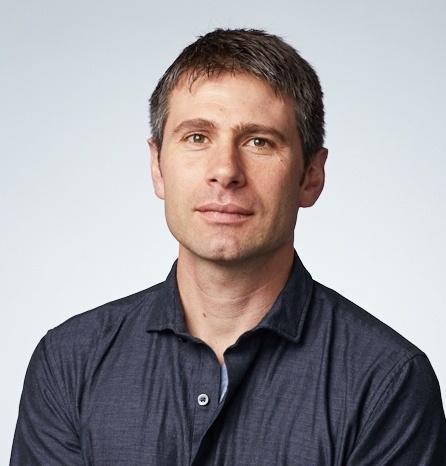 Ben helps clients figure out how to tell stories that people actually want to hear. He worked as a journalist for 13 years, winning many national awards for news and feature writing. In 2007, he joined The Wall Street Journal, where he covered the tech industry for more than six years, while also writing about other fun stuff like the Bay Area food scene and people who build their own jet packs. In all, Ben wrote more than 50 Page One stories for the Journal. Before joining Ready State, Ben was head of content at Sequoia Capital, a VC firm that backed Google and Apple, among hundreds of other companies.