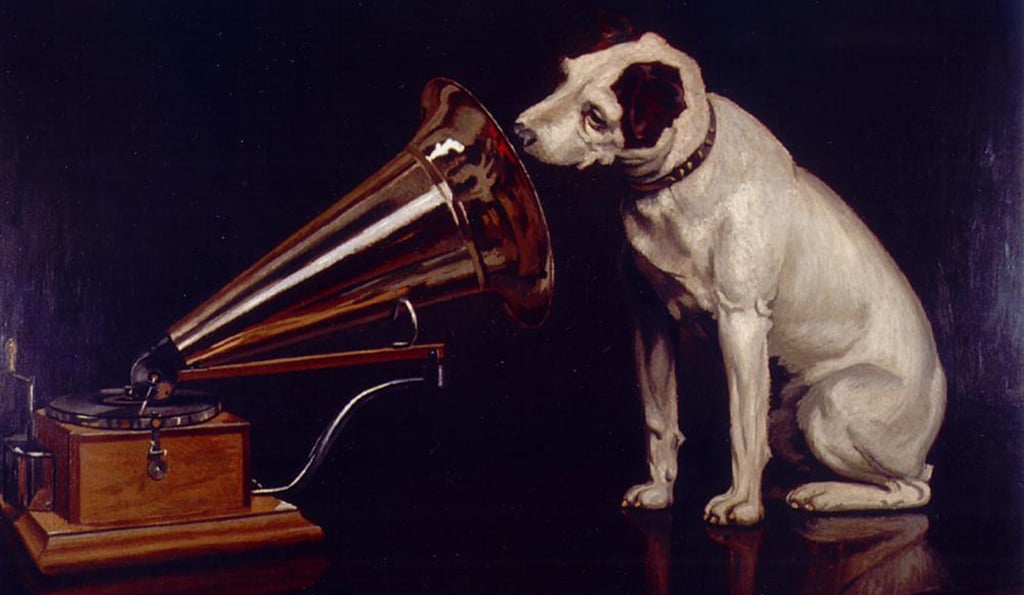 In 1929, Thomas Edison attributed his many inventions, including the phonograph, to "1 percent inspiration and 99 percent perspiration." Credit: His Master's Voice, Francis Barraud, 1898

Ever tried. Ever failed. No matter.

In a well-run company, you should want

your employees to talk to the world.
- Tim Bray

It’s an article of faith in corporate communications that one must never admit failure of any kind. Every person, every product, and every project must be an unadulterated success; nothing deviates from the master plan.

But hiding your failures, hiccups, and accidents—which everyone has done—creates a missed opportunity. Missteps, regardless of their outcome, are relatable and arresting. By publicly acknowledging and recounting them, you can attract new customers and deepen the loyalty of existing ones.

Here’s a case for why you should tell the stories of your failures.

Alexander Fleming, for example, didn’t set out to cure a disease when he discovered penicillin; he was just experimenting with some bacteria that had grown in his lab while he was on vacation. Constantin Fahlberg, the inventor of saccharin, didn’t set out to sweeten your coffee; he just looked into why his hand, unwashed after working with coal tar derivatives, tasted sweet. Percy Spencer wasn’t trying to pop corn kernels when he discovered the heating abilities of microwave radio signals; he was trying to improve radar.

These stories of incredible inventions deriving from accidents are all far more compelling than The Adventures of the Snow-White Product and its Sinless Acolytes on Their Pure Path to Beta.

Your company might not have invented something as world-changing as the pacemaker (also accidentally created), but whatever it is you’re selling—dog food, shoes, accounting software—almost certainly is something in which people at your company are invested. Its genesis is a story worth telling, and every story has, as its dramatic high point, something that didn’t go according to plan.

Your customers are smarter than you

Your customers are pretty smart. Odds are, they can smell whitewash from a mile away and spot a fake from even further. They’ve all been part of a team involved with a project. And odds are, they rarely followed each step of the original plan. They simply won’t believe or relate to an effort that didn’t encounter a challenge or something unexpected.

There are other reasons why highlighting your missteps is good business.

When other people tell stories—through a conversation at the dinner table or a novel or magazine article or movie—we engage in the fate of its characters. Stories in which those characters face and overcome challenges, or discover greatness in something (or someone) otherwise overlooked, are more interesting.

Cheap, loud, and out of control

When we tell the story of our company or product, we have the opportunity to still the storm of overwhelming data and engage our customers on a visceral level. That is why we must tell the human stories. And there are simply no stories without conflict or challenge.

If your fear is that merely talking about something that didn’t go according to plan will make you seem like a failure, well, why do entrepreneurs keep getting funding? Why do players on losing teams keep getting their contracts renewed?

There’s a big difference between highlighting your abject and permanent failure, and telling the stories of your success through the lens of your challenges. Those who listen to the latter would know that you are both open-minded and committed to making things work. Moreover they would be likely to get the feeling that you’d help them, if they encountered an issue with your product.

Compelling stories get retold. Telling them is the cheapest, most effective way to provide emotional value to your customers, existing and prospective. It is also the Ursprung of what we now call viral messaging.

Your customers, peers, competitors, and journalists want to tell good stories about you. To help shape them, you should advertise your failures.

Don’t worry. Your story has a happy ending.