How to live in Herb Caen’s San Francisco 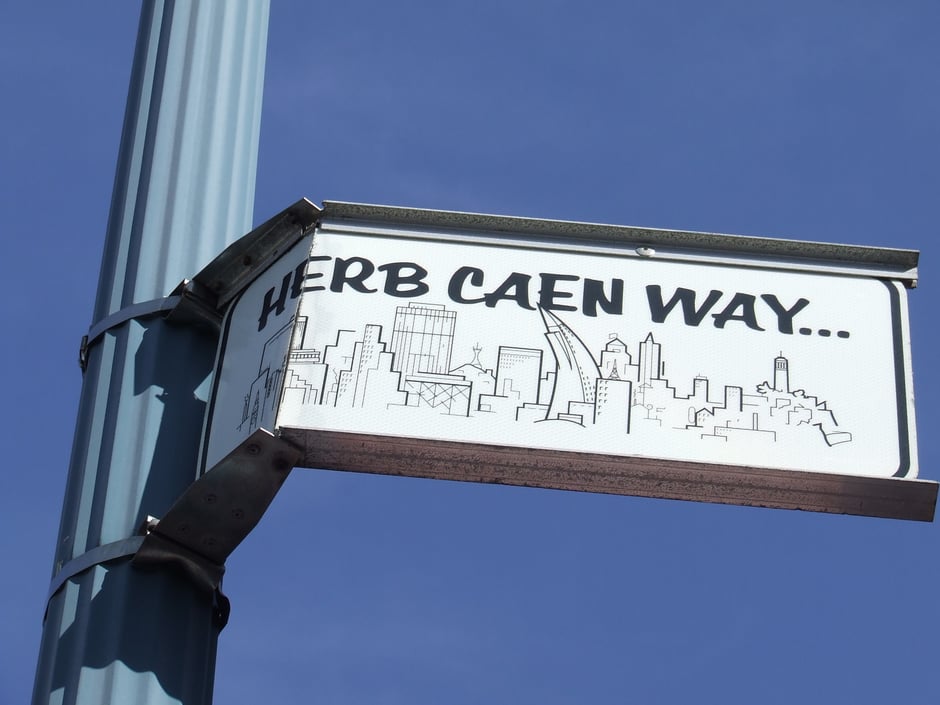 Tennessee Williams famously said, “There are only three cities in the United States: New York, New Orleans, and San Francisco. All the rest is Cincinnati.”

Herb Caen might have amended that to exclude New York and New Orleans. For Caen, a longtime San Francisco Chronicle columnist who, for a certain breed (read: age) of readers articulated the city’s unique qualities, San Francisco was much bigger than Ready State’s neighborhood, North Beach. But North Beach was its center.

As John King wrote in a 1997 article in the Chronicle, just two days after Caen passed away, “In Herb Caen's San Francisco, North Beach was the town square: the place where you heard all the gossip and caught up with old friends. And it was that way to the end.”

North Beach has evolved over the last 20 years, but it’s not unrecognizable. In 1940, Caen described the neighborhood as "1,001 neon-splattered joints alive with the Italian air of garlic and the jukebox wail of American folk songs.” That’s not a bad description of North Beach in 2016.

We love North Beach nearly as much as Caen did. And we sometimes visit a few Herb haunts still in operation—Gino and Carlo’s on Green Street, The Saloon on Grant Avenue, and Specs on Columbus Avenue—and experience San Francisco as he might have. Order of operations: walk in, sit down, lean back, down a shot of Vitamin V (Stoli, straight, with a twist), talk to strangers, and befriend a bartender.

In his column, Caen held the mirror up not to nature but to us, as we hurried through the streets in the morning, filled the bars at night, went to the symphony or the music hall, worshipped, dated, and laid our heads down at night—all of which we did differently than those heels in New York, boobs in Indiana, and Stepford wives in Sherman Oaks.

Caen might not have invented “three dot” journalism—reporting in small, epigrammatic bits—but he made it famous. He was the form’s Shakespeare or Chandler, raising a light bit of offhand observation into something that made La Rouchefoucauld look like a piker. Although it was not his fault, neither Twitter nor the listicle would exist without his precedent. Now if either of those formats could only find their Caens…

He is also renowned for his coining of new phrases and neologisms, something few have done since the first Elizabeth popped her clogs. Caen’s ranged from “beatnik” to “Beserkeley” to “Baghdad by the Bay.”

From 1938 until his death, Caen was the embodiment of how great it was to be a San Franciscan. And many people, like me, felt a personal connection to him.

My father-in-law, who passed away before I had the good fortune of meeting his daughter, had a pharmacy for 30 years on the ground floor of the Sir Francis Drake Hotel at the intersection of Sutter and Powell streets. (Yes, at one time, hotels had things like pharmacies in them.)

My wife vaguely recalled a mention of her father’s pharmacy in one of Caen’s columns, so I wrote him to inquire. I wanted to find and frame that column. It was the dawn of the Digital Age, which Caen managed to skirt around (much like he knew how to make it from the Chron building to his favorite lunch place without going outside).

Caen responded with a personal note, typed on his old Royal, saying he remembered the pharmacy and my father-in-law fondly. He was sure that he mentioned it in a column at some point, but with 60 years of them stacked up, he wouldn’t have the faintest idea how to find it.

That note was fine for the gift. At the gathering on the Embarcadero the night of his death, we left a copy of that note with flowers and other keepsakes mourners had brought.

Indeed, getting lost in Caen’s San Francisco is as good a way as any to find your own piece of Heaven.